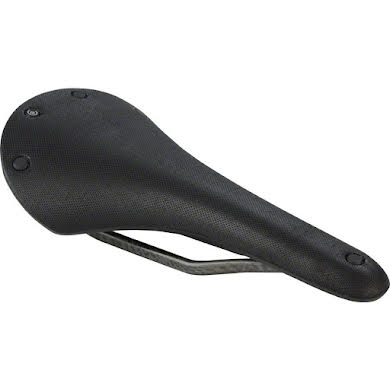 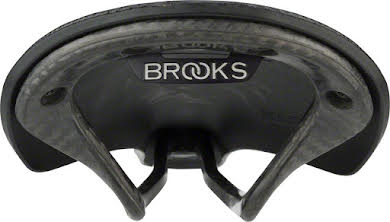 choose a size and color above to show stock
Brooks was there at the start of all the great races with their legendary leather saddles and is now set to make a return with the C13.

The top of the C13 is constructed of Brook's Cambium vulcanized rubber and organic cotton material for unrivaled flexibility while still providing solid support. The top also uses an all new shape that has been developed with the input of riders all around the world including pros such as David Millar, David can be seen testing the C13 on the Paris-Roubaix course here.

The base of the Cambium C13 also departs from Brooks use of traditional materials with the carbon rails, a first from Brooks. The one-piece carbon rail loops around the front and rear of the saddle, that without a doubt was inspired by the Mobius rails used by Brook''s sister-brand Fizik in their high end Curve saddles.

Claimed weight of the C13 is 259g which is about 150g lighter than the Cambium C15 thanks to the carbon rail and aluminum rivets.

The Cambium C13 brings the Brooks saddle family out of the 1890''s and into the future with a modern shape. carbon rails and Cambium vulcanized upper.