x
ERROR GOES HERE
Call Us: (734) 484-9999
sign in
↵ back
sign-in
sign-out
my account
This product has been discontinued, but we can help!
Show All Products From Schwalbe
Show Fat Bike Tires From Schwalbe
Possible replacements for the
Jumbo Jim LiteSkin Fat Bike Tire with Addix SpeedGrip 26x4.0" 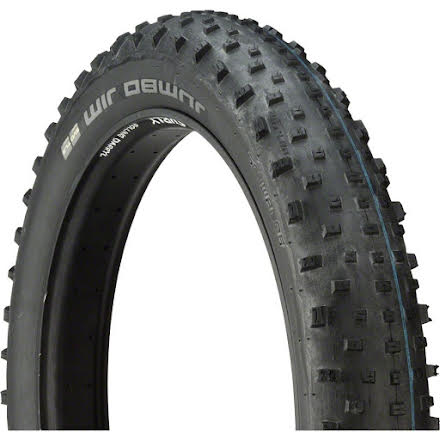 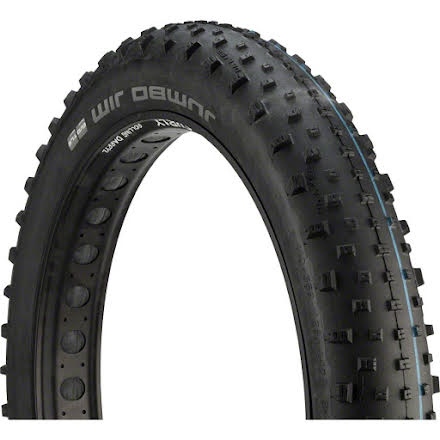 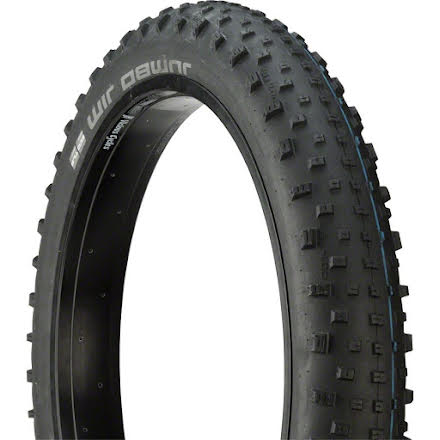 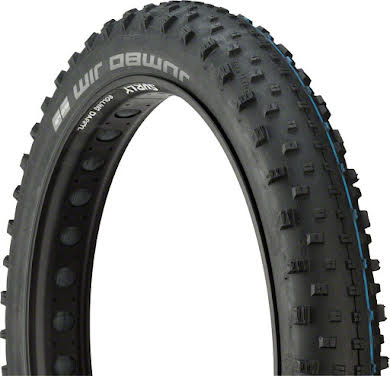 2 Ways to Buy!
1) Get their price from us.
0 available online / in-store
The Schwalbe Jumbo Jim is consistently one of the lightest and lowest rolling resistance fat bike tires on the market. Schwalbe has now upgraded the Jumbo Jim with their new Addix SpeedGrip rubber compound which replaces the fast rolling PaceStar compound on older models. Jumbo Jim's combination of smaller open spaced center tread blocks and larger shoulder knobs allow the tire to be used in all 4 seasons from fast rolling hardpacked Summer singletrack to freshly fallen snow.

If you are going to be setting the Jumbo Jim up tubeless for Winter riding we recommend Orange Seal Sub Zero Sealant. Due to their thin sidewalls, Schwalbe LiteSkin tires may require more sealant and time to seal airtight.