x
ERROR GOES HERE
Call Us: (888) 333-1559
sign in
↵ back
sign-in
sign-out
my account
This product has been discontinued, but we can help!
Show All Products From Pake
Show Track From Pake
Possible replacements for the
Bourbon Chaser Track Frame 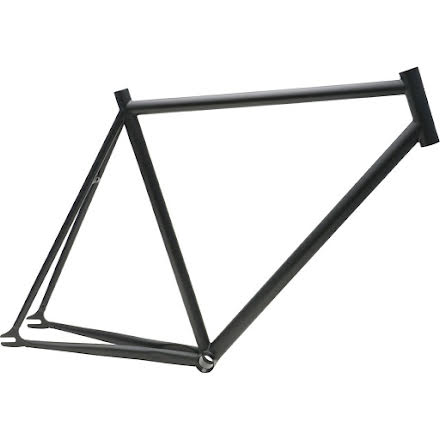 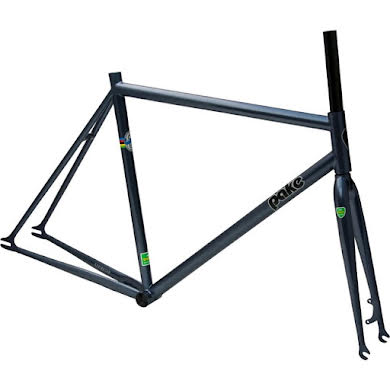 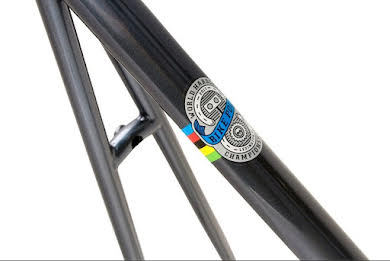 We're sorry, this product has been discontinued.
Show Products From Pake
choose a size and color above to show stock
FREE SHIP
Leaves Next Sat.
Based on the popular Pake Rum Runner track frame, Pake designed the limited edition Bourbon Chaser Frame to honor the World Hardcourt Bike Polo Championship and the host city for 2017 Lexington, KY. Bourbon Chaser track frames feature the same super strong Tange CrMo tubing that will hold up to the demands of bike polo or pothole-riddled city streets. An internal ED coating prevents the Bourbon Chaser track frame from rusting from the inside out.

The Pake Bourbon Chaser frame is drilled for a rear caliper brake, but you will need to use clap on style cable guide as none are included. The fork is disc compatible with IS mounting tabs.

The Bourbon Chaser track frame does have a new 46cm size. The 46cm size has the same top tube length as the 49cm Rum Runner but with a shorter seat tube and sloping top tube for increased standover.
If you are planning on building up the Pake Bourbon Chaser frame from the ground up you will need some parts with the following sizes:

not logged-in
log-in to receive an emailed response
cancel
Q.
asked by: a guest
How much extra is the matching fork?
A.
anwered by: canteau
The matching Pake Polo Fork can be found here: